18 Cultural differences between US and Italy

18 cultural differences between US and Italy

The United States and Italy are actually poles apart about a lot of things. I often feel that if one could simply combine both the countries you would have an almost perfect system.

I have found a New Yorker that has spent some years in Italy and he has been writing the cultural differences between US and Italy. 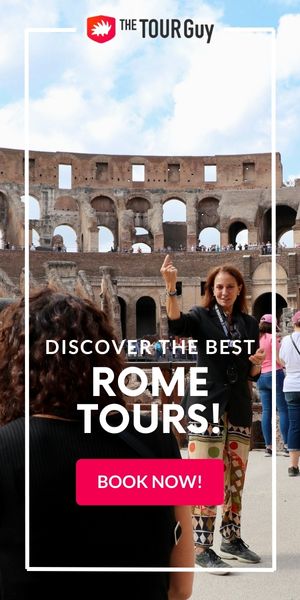 Before you go any further, keep in mind that the plug adapt​​ers in Italy are different than most of the plug adapters used around the world so make sure to get one. A cheaper one like this will do its work.

The first thing that I have noticed in Italy have been hearing about the food, for them, it is a true obsession.

Once I have felt three old men in Florence speak of the recipes of their wife's cake for over an hour, while in America we don't care about the quality of the food, the important is that it is a lot!

The Americans repress all of their emotions up to when they don't end up losing their head (often with a series of homicides or weeks and weeks with their Nintendo simply faking to kill people).

The United States is an angry and frustrated place, probably one of the only places in the world in which the people kill each other for driving too slow.

The Italian cannot maintain any of their emotions inside. If they feel something, after a while, in a way or another the whole neighborhood will know about it, through howls, cries, slaps and with dramatic hands.

It seems to be always in a theater, and personally, I adore this thing of them.

The majority of the Americans speaks quietly when in public. If you are in a restaurant in the United States it is unlikely that you will hear a voice out of the choir.

You can easily hear a conversation two restaurants down.

FINALLY, I have found the best travel insurance for Italy

4) Quality of the food

The quality of the food (what you can buy in a normal shop) in the United States is so abysmal in comparison to Italy that I feel guilty to give something to my dog.

"Sorry Oliver, I beg you forgive me, here a radioactive carrot."

The only positive side of an American supermarket is that there is not a whole pig's head sitting on a counter in a casual way.

I could live without this in Italy.

The Americans love the euphemisms. "You have a cold wound on the lip?".

In Italy there is not at all euphemism, rather they will bluntly tell you "Oh! You have herpes, how disgusting!!

The weight is a very delicate matter in the United States, in Italy, they speak about it at any damned moment.

"Do you have seen Francesca? So thin!"
"Francesca! Seems that you just run away from a concentration camp!" "Pietro is so fat! He needs a diet!"

It is madly common for the friends, the family to comment your weight.

Once, I was walking down the road and a woman stopped me to say: "you should eat more. You are too much thin".

Moving to Italy? get all the info

When I have moved to Italy, the first thing that I have noticed has been the speed.

The life in Italy is slow.

The Milanese think about themselves, "No! We northerners are fast!"

To be honest, they are faster in comparison to the rest of the country, but they are not yet comparable to an average new yorker.

The United States south is slower, but the Italian is so slow that is possible to spend the greatest part of the decade waiting to send a letter through the postal office.

In the United States, people are so worried about the efficiency and the rhythm that they practically die before they even realize to be alive.

I propose that both countries should meet half the road. Somewhere between the speed of the light and the slow zombies of Walking Dead.

Nobody can be fired in Italy by the Trade Unions, therefore, it is almost sure that Nobody is interested in developing his own job.

At the postal office, I have asked more and more times to the employee: "Are you sending this to Iran, correct ?".
And he answered me "I-R-A-N, I understand. I am not stupid!!!!!!"

Contrarily, in the United States, people can be fired for the wrong attire, therefore, we pass every second of every day terrorized by the fact that our boss hates our attire and is about to throw us in the street.

I have read a study in which is said that the children of all the countries of the first world are becoming more and more spoiled and pampered.

Nevertheless, I have often seen in Italy five-year-old children in a stroller or with the pacifier in mouth.

I have never seen a five-year-old child in a stroller in the United States unless the legs didn't work for some terrible motive and the pacifier, out of question.

If you go to New York or in some of the more "fashion cities" you will find people dressed right, nevertheless, the great part of them seem satisfied without too much effort.

You can see the greatest difference in the USA's small cities, where you will often see people making shopping with the pants of the overall.

In Italy, I have seen some horrible suits, but generally, there is a good quality also in the small villages.

The cultural differences manifest themselves in family situations.

In the United States independence is one of our more precious qualities. A person that asks too much to a partner or to his family it is considered bad.

In the great part of the Italian families, independence is not quite encouraged.

In the United States, we have the tendency to put the career and the finances in front of our consort, children, brothers, , and parents, while for the Italian the family comes first, ever.

Italy is similar to New York. People of all the ages go out, to drink and they remain in movement and in action.

Out of New York and of California is not so. People seem to be tied up to their age, surrendering to the boring expectations of what should or should not do.

The roles of the genders are very different between the United States and Italy in many, many ways.

The dynamics between men and women is such that seem that the women dominate the nest in the Italian houses, but truth is that the expectations of the two sexes are very different.

In the USA, the expectations are more or less the same in terms of career, children education, and family responsibility.

While in a lot of parts of Italy, they are still committed to the belief that the domestic matters are for the women, independently from the fact that the women have also a career, they usually make three times more of the men in the house.

Generally, they almost make all the cook, the cleaning and the care of their children while they are balancing a full-time job.

Women are not picked seriously up to intellectual level and the domestic violence is statistically tall in Italy (especially in the South).

While sexes are becoming equal more and more in the United States, there is a strong hate and blind resentment towards the women in the American culture.

The violence towards the women is extremely tall in the United States that show the dark side of the confused mentality "equal but hated" of the American culture.

Both cultures have indeed a long road to cross in terms of treatment of the women.

The Italian culture smell of romanticism. The music, the movies, the attitude in the relationships are very romantic and noble.

The idea to woo a woman is still great in Italy and the boys are also sweet with the girls they liked.

The lunch, the adulation, are common in both the countries but the Americans tend to be more practical (you can also see it in the movies).

The United States is enormous, therefore, it doesn't surprise that the Americans have gotten used to the "space".

Great cars, great houses, great yards and around two feet of space between you and the other people the whole time.

Italy is not gigantic and in the majority of them live crowded in small apartments.

One of the first things that I noticed that is that the strangers touched me the whole time and nobody will ever say "excuse" or "excuse me."

In the beginning, I thought that it was because the whole country was full of stupid but then I understood that it is so because there is simply nothing to be sorry for.

Sometimes you'll touch other people. And? And nothing.

Italian culture is so calm in comparison to the American culture.

Sometimes it is annoying as the hell because nothing ever seems a big problem. The things that would send a typical American in cardiac arrest would not usually get more than a shrug from an Italian.

Restaurant service, for example, is slow. If an American have to wait more than ten minutes to order will burn the restaurant. In Italy? Psssh. Keep calm!

The same goes for the chaotic driving or a series of other things that seem the end of the world for the Americans.

Italy really owns the concept to take things with calm, this is probably the reason they live for a so damned long time.

They don't feel themselves constantly observed and you know that if you make a small driving error they won't claim your life.